Many Belgians might find it offensive that Greg Van Avermaet feels that a gold medal in the Olympic is bigger than a win at the Tour of Flanders. 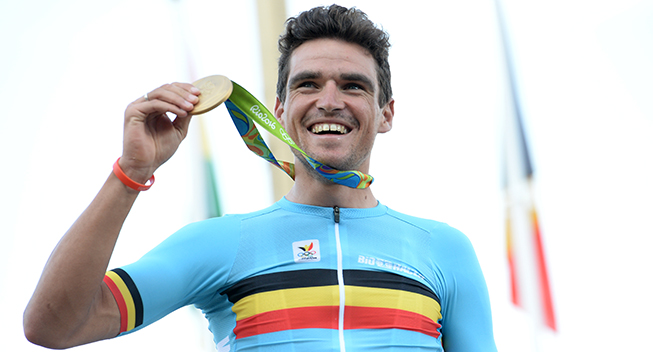 “Would I swap my Olympic win for a Tour of Flanders win? No way! People in cycling need to realize that the Olympics are the biggest event in sport. There’s nothing bigger than that. A lot of people in cycling think that the World Championships are more important, but it’s very different.”

The Olympic champion explained the reason for his claims to his teammates, at their pre-season training camp he say, ‘the Olympics are simply more popular then any other world championship.’

Van Avermaet became famous shortly after he won the Olympic gold medal, and though the Belgian has no Tour of Flanders title to his name, he appears to be focusing on winning the title in the next season. He pointed out that, his victory at the Olympic had made him a celebrity, as people’s attitude towards him had noticeable changed.

“I’ve noticed a big change since the Olympics, there are more and more people coming up to me, but it’s all part of the job,” he added.

With Philippe Gilbert moving on to Quick-Step Floors, Van Avermaet could have the chance to participate in more races. He revealed that his aspirations for the next season are to compete at the Ardennes Classics, winning the Tour of Flanders, and going to Amstel to ride for himself.